When you are on a tour, there are two very important activities to enjoy apart from site seeing: dining and shopping. The major tourist attractions in Israel include the array of traditional Israeli markets, also known as ‘Shuk’ or ‘souk’.
Israel tours take you through the traditional markets of Israel, which are a treat to the eyes as well as the taste buds. Apart from being the centre of community life and major tourist attractions, they are also the centres of Israeli street food. Be aware that pork is mostly banned from being sold in Israel due to the Jewish and Muslim religious restrictions on eating pork. 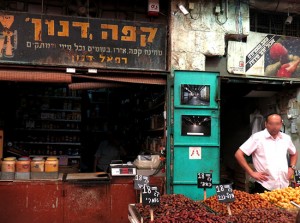 The Mahane Yehuda Market is easily accessible by bus and intra-city light rails, and has an official website of its own where you can get directions and browse information about what they offer.
The Mahane Yehuda Market is also referred to as ‘The Shuk,’ is situated in Jerusalem, and houses at least 250 vendors. The most recommended food items found in the market are Georgian baked goods, Kubbeh soup or stuffed vegetables, meat patty a la Plancha, and hummus or sambusak hummus.
They also sell local fruits, as well as imported varieties, including oranges from Jaffa, melons from Lebanon, dates from Arabia, plantains from Syria, figs from Egypt, and aubergines from Iraq.
Find Traditional Clothing, Imported Electronics, and More
You will find a wide range of traditional Jewish clothing, such as the yarmulka and other ritualized clothing for religious ceremonies like Sabbath and Yom Kippur, lining the market stalls.
In addition to traditional food and clothing, you will find plenty of electronic items at the Mahane Yehuda Market, from the latest in household appliances imported from the USA, Taiwan, or China to appliances of local manufacture. 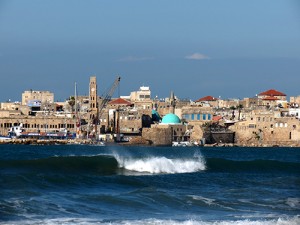 The Old Acre Market offers another slice of Israeli culture. It is one of the largest attractions of the ancient city of Acre. It is conveniently located next to the Crusader Museum, and is absolutely resplendent with colourful objects, traditional clothes, bakeries, and galleries.
The Old Acre Market provides an amalgamation of the enormous varieties of cultural, culinary, ethnic, religious, linguistic, and tribal foods and clothing found all over the Middle East. The shopkeepers themselves have generations of history behind them, including some who claim to be descendants of the original Frankish crusaders who came to the Holy Land on the quest for salvation, redemption, and immortality in the service of their God and holy war against the infidel.

The Nazareth Market is a little niche of travel back in time, full of exoticism. Apart from the usual things that a market in Israel provides, this market is home to some of the most wonderful bakeries in the country, with their aroma causing hunger pangs.
The locally baked breads, confectionaries, and sweetmeats at Nazareth Market are a delicacy for tourists, but are considered a part of the staple of diet for the local population. Both tourists and locals depend on the marketplace to provide daily sustenance as well as gastronomic pleasure.
The best days to visit the Nazareth Market are Mondays, Tuesdays, Thursdays, and Fridays.

Established during the Ottoman period, the Ramla Market is over a century old and boasts rare spices imported from the Far East, the Spice Islands, and plantations of India including cardamom, cloves, pepper, and saffron from the Kashmir valley. Arab antiques, such as carpets, tapestries, and beautiful calligraphic Qurans are also plentiful here. Additionally, no visit to Ramla Market would be complete without quenching your thirst at Limonero’s famous lemonade booth.

Change Location
To find awesome listings near you!