Table of Contents Why Hire a Private Tour Guide in Israel 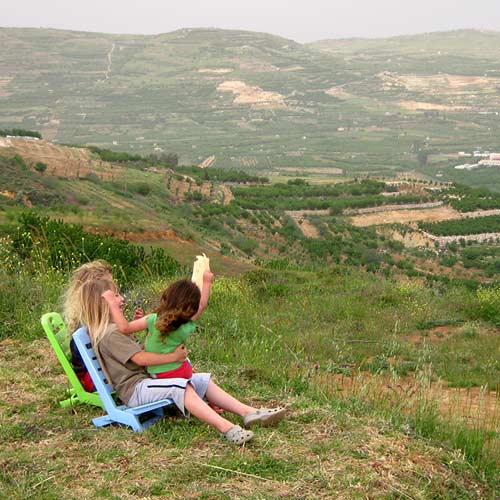 Have you ever been to Israel?

Have you ever dreamed of going to the Holy Land, the heart of the world? If given the chance, will you know where to go?

Israel is such a nice place. But given the precious limited amount of time that you may have in your vacation, I believe it would be better to hire a private tour guide in Israel to show you the different sites. In this scenario, the guide will be able to systematically organize what you need to visit and would make your stay a more unforgettable experience.
In line with this, let me share with you some of the places that you can actually visit and what tour guides usually recommend. Of course, this can never replace the feeling of being actually there!
First stop, the Jewish land tour. You have never been to Israel if you have never visited the old city of Jerusalem. You have to begin your tour by going to Mount Olives and enjoying the overview of the entire city. Next, proceed to Mount Zion where it is flanked by the world famous Wall located in the old city. Here you will see thousands of Jews praying. It is a sight to behold. Once you enter the old city, you will see the entire Jewish quarter, Cardo, Western Wall and its tunnels. You need to also head down to the City of David which is a small hill just outside the Ottoman Walls. This was known as the Biblical site of Jerusalem and the capital of King David. You can explore this amazing location and discover King Hezekiah’s water tunnel that has been around for about 2,700 years.

The Hills of Judea

Private tours in Israel are flexible,  you can proceed west until you reach the green hills of Judah. Here you will see the magical sight of the Stalactite and Stalagmite caves. When you go back to Jerusalem, ensure that you go to the Tish Family Zoological Garden or what is known as a Biblical Zoo. The animals here are housed in a natural environment similar to their habitat in the wild. See the animals as they were described in the Bible. After this educational tour, you can proceed to the Ayalon Valley, which is one of the major and key battlefields in history. The Latrun Police Station located in this place was site where several bloodshed and deadly encounters took place. This was during the War of Liberation in 1948 but was officially taken by Israelis in 1967 officially ending the Jordanian rule. Here you will see a Memorial wall much like a war shrine where you can watch an audio-visual documentary regarding the battles fought in this place. You can also visit the Armored Brigade Museum where you will see an impressive collection and display of armored vehicles used during the war.
After departing Jerusalem, you can head east to the Judean Desert. Here you can hike and enjoy the natural wonder of Israel. You can see the oasis of Ein Gedi and enjoy the sight of different wild animals roaming free in the sand. As you walk to the South going to Masada and riding the cable car to reach the mountain top, you will bear witness to the fortress of Masada. There you can tour the historical site and later have a nice relaxing dip at the Dead Sea beach.

The Old City of Safed

Proceeding north, you can visit the Land of Genesis where you can meet Biblical characters who will lead you through the hills on top of camels. From Abraham to Isaac, you will be able to learn a lot about the beginning of time through an audio-visual documentary and even discover the mystery of the mosaic floor of the 6th Century synagogue. From there, you can continue your journey to the Old City of Safed. Here you will find several artistic alleys, lanes and art galleries. You can also visit the synagogues of Rabbi Isaac Luria and Joseph Karo.
Once you are done in Safed, you can go west and reach the coast of Israel, Rosh Hanikra. Here you can see the awesome grottos and ride a cable car that can bring you down to the natural caverns. You can visit the ancient city of Akko that was once known as a Crusader capital. Of course times have changed which includes the inhabitants.
You can continue going south via Haifa to Caesarea. Here you can see the Roman and Crusader antiquities. You will also be able to see the Caesarea Harbor projects that feature numerous cinematic exhibition and majestic audio-visual shows.

After that, you can visit the old city of Jaffa. This is the home of Simon the tanner with its ancient port and colony. You can proceed north to the Mediterranean Sea and visit one of the most important Roman cities where Paul was imprisoned before his trial. From here, you can continue to Muhraka going to Mt. Carmel, where Elijah defeated the priests of Baal. Then you can go to the “battlefield of nations”, Megiddo. This is the site where it was written that the final coming will take place before the arrival of the Messiah.

Golan Heights and Sea of Galilee

You can enjoy a sumptuous dinner at Kibbutz hotel on the Sea of Galilee. On the next day, you can go on a boat ride to the Sea of Galilee and enjoy the site of the vast ocean. You can then visit Capernaum and the ruins of “Jesus synagogue”. This structure dates back to the first century. After which, you can go to Mount Beatitudes, the traditional site of Jesus’ sermon or teachings.
Going up to Golan Heights until you reach Banās, or what is popularly called Caesarea Philippi, you can see the site where Jesus revealed Peter’s role in the Christian church and His disciples. You can also visit the former Syrian fortifications while overlooking the country of Syria from Mt. Bental.

Coming down the eastern side of the Sea of Galilee all the way to Kursi, you will see the site where Jesus exorcised and casted out the demons from a man. While in this place, you can feel the events in the Bible. Going to Yardenit, you will then see the baptism site on the Jordan River. Again, this is a site to behold.
After which, you can visit Kibbutz Ginosar also on the Sea of Galilee. Here you can appreciate an ancient boat from the time of Jesus. Then you can proceed to Cana, where Jesus’ performed His first miracle. You can also visit Nazareth and the Church of the Annunciation.
Going south through the Jordan Valley reaching Beit Shean, you will see the ruins of this well-known Roman city that was heavily destroyed by a powerful earthquake. After visiting this site, you can then proceed to Kid Ron Valley where you can see the Church of Agony and the Garden of Gethsemane. Trekking to Mount Zion, you will see the room of the last supper and also the Tomb of King David.

Finally, you can pass by the world famous Knesset Israel’s Parliament House where all the politicians running the country can be found. You can then continue your journey to the Israel Museum where you can view the famous Dead Sea scrolls, the model of Jerusalem from the Second Temple and the archaeology wing which will give you a rich lesson in history. You can also visit the Yad Vashem complex, known as the Jewish National Memorial where the six million Jewish victims of the Holocaust are remembered. And of course, you can conclude your tour with the visit to Bethlehem and the Church of the Nativity. This is where Christianity was born.
Israel has a lot of sites that can be visited regardless of your religion. It will be tiring and long. Therefore, it would be better to hire a private tour guide to show the way. Your journey through time will be an exciting and education one. However, don’t take my word for it. It’s better to experience it yourself than reading it here. Discover these places with your friends and families. It’s more fun that way.